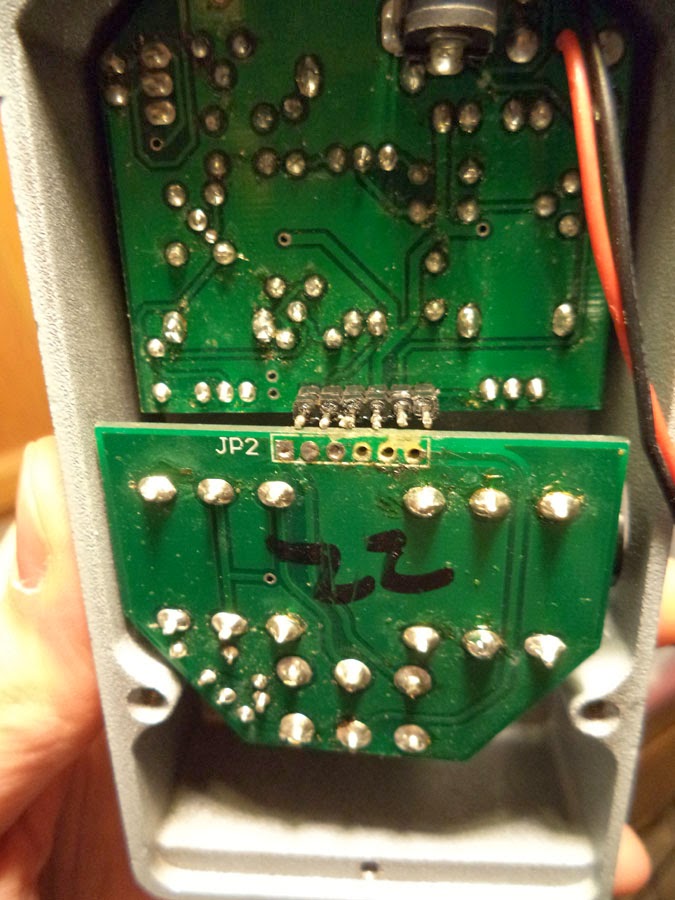 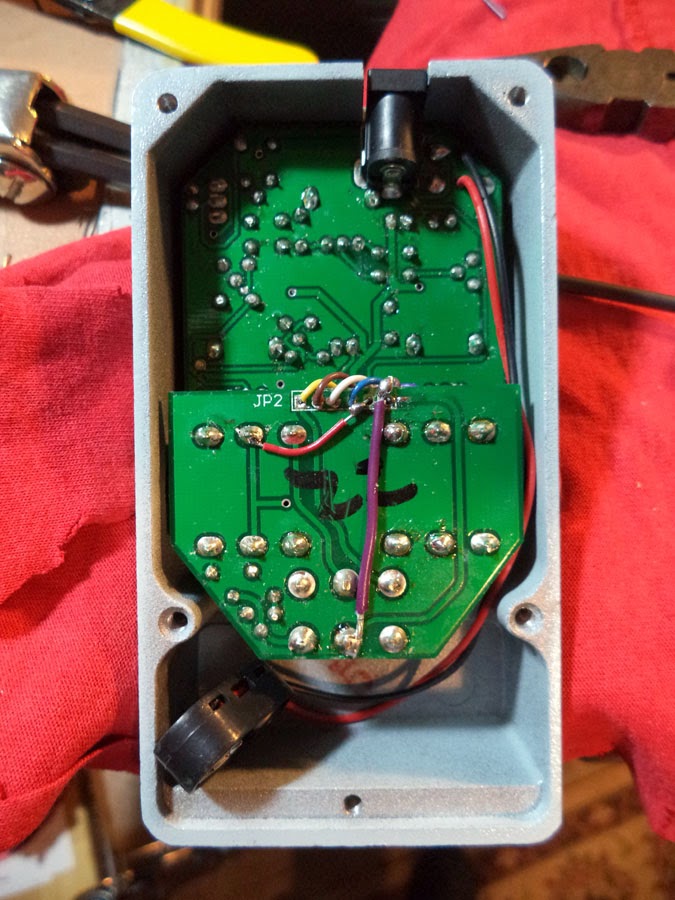 Posted by smrbates at 7:44 PM No comments:

Another Easy Fix for a Morley Pedal

I recently acquired a 1970s Morley MVO Wah Volume on eBay. It was listed as not working/for parts, so I got a good deal on it. Here is a picture of the pedal as it was when I bought it: 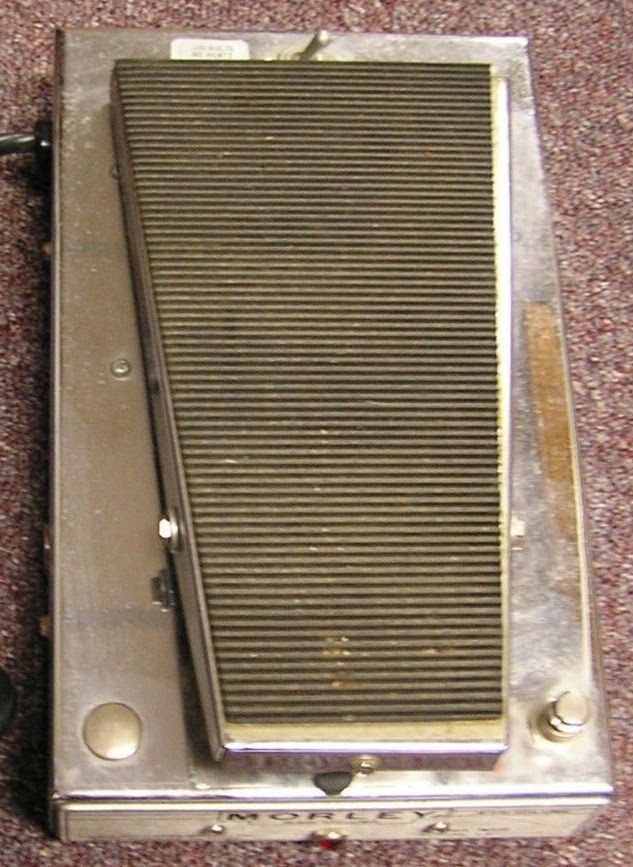 And here is a picture of the pedal as it was when I sold it: 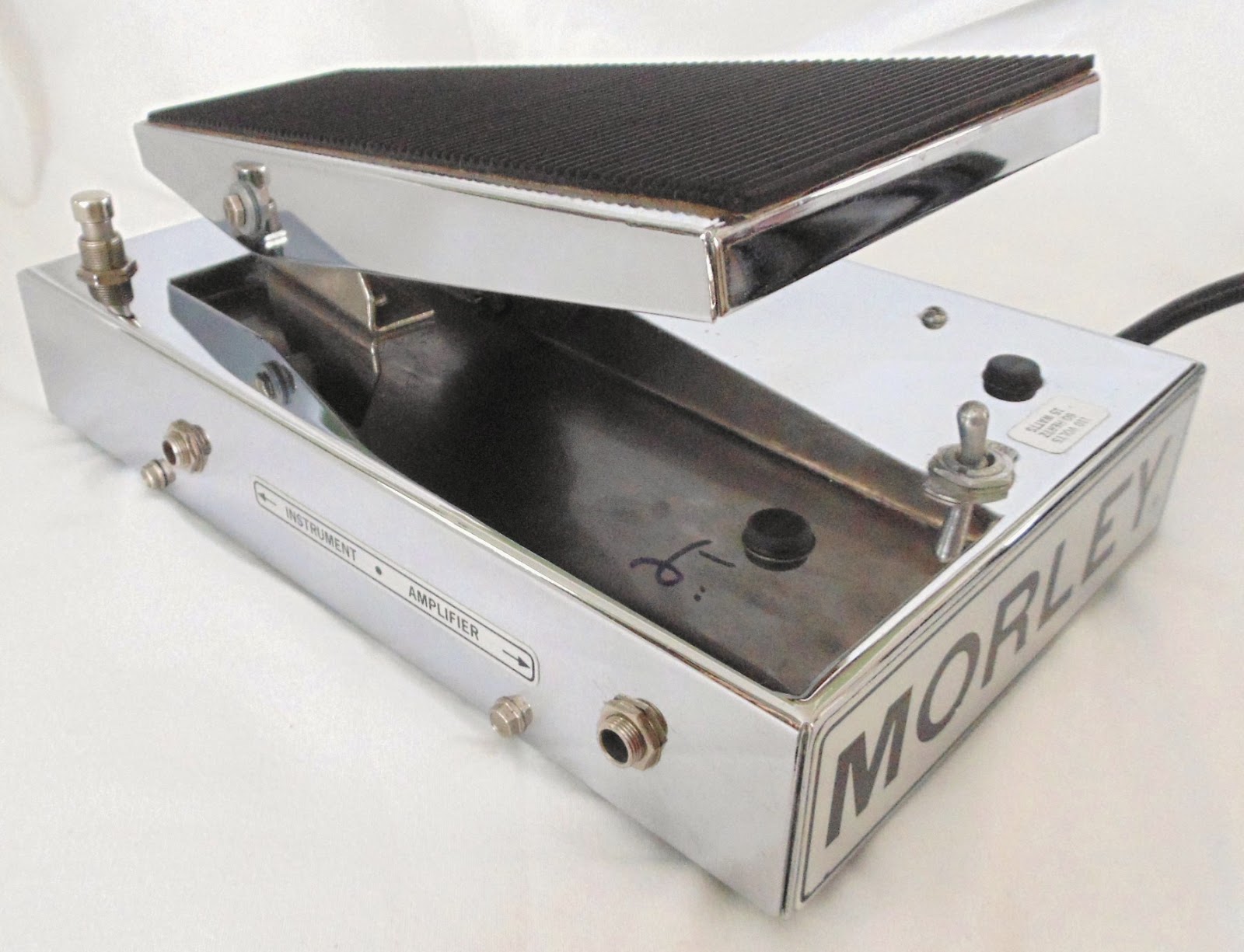 There are three issues a non-working pedal can have, and the Morley WVO had two:


The first mechanical fix was the pedal, which was easy. I used a 5/16” wrench for the bolt and a 3/8” wrench for the nut and gave each a few slow turns. A plastic bushing maintains the friction required to hold the pedal in position. If you were to overtighten and crack the bushing, they are not specialty parts, so you could get one from any hardware store. Nonetheless, you should only tighten a little at a time and check for feel after a couple of slow turns.
The other mechanical fix was a little trickier, and I didn’t notice it until after making arrangements for a potential buyer to come look at it. The flap that blocks the light is made of tolex (fake leather made of vinyl and fabric), which had become stiff over the last thirty-some years. So rocking the treadle back and forth must have worked it loose from the tape that was holding it in place. 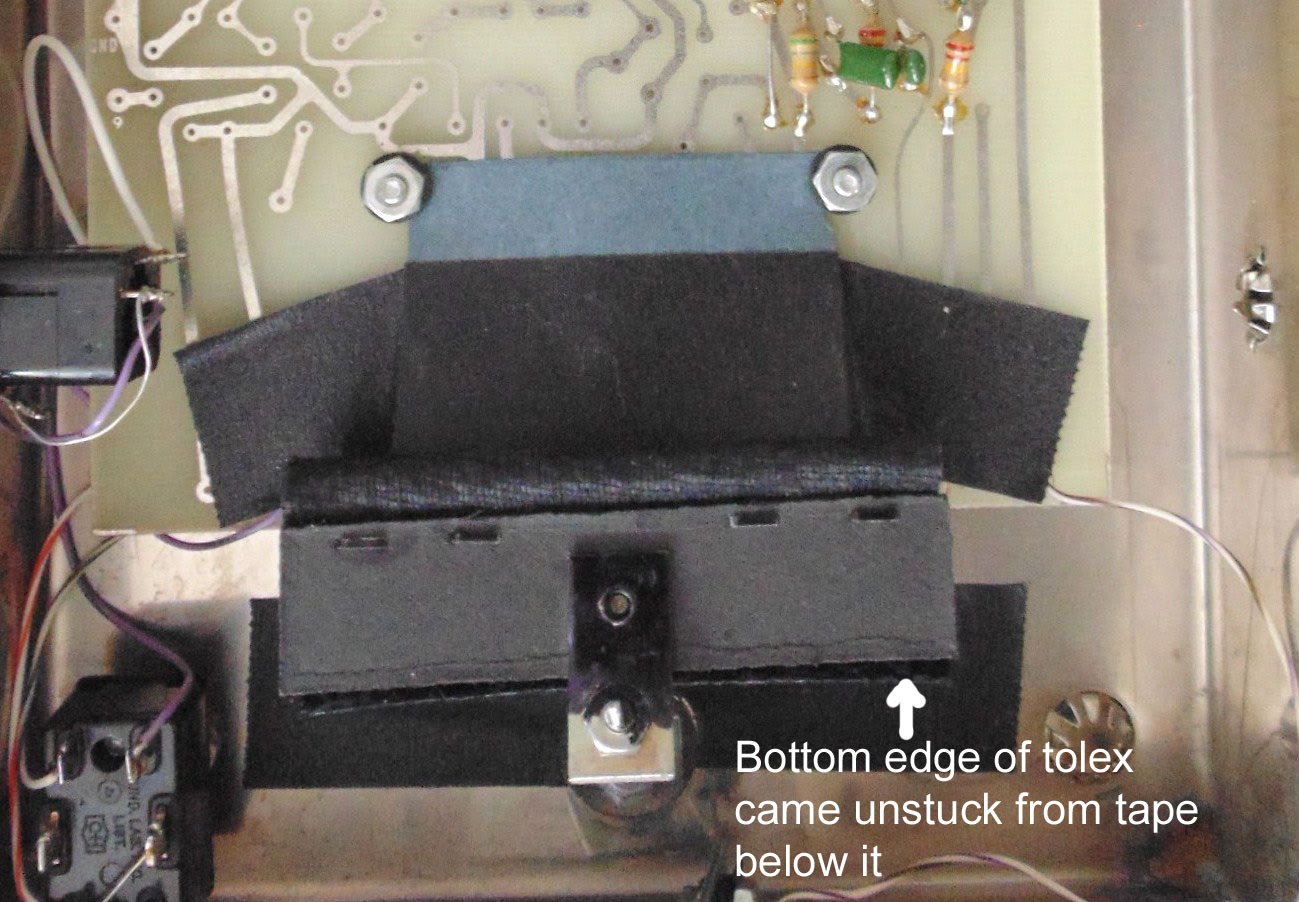 Because of the age of the pedal, I did not want to replace anything, even a piece of tape. So I took a length of double-sided tape and placed it along the edge of the tolex. I put it in place and pressed the original tape down on the tolex and it held. I was thus able to keep all of the original components of the pedal and the fix is invisible. I know it’s only a piece of tape, but I wasn’t sure at the time if the buyer was an avid collector or just someone who wanted the pedal for nostalgic reasons.
The cosmetic fix did not require any troubleshooting, but it did require some work. I used window cleaner for the chrome and a damp cloth over a screwdriver tip to clean every ridge in the treadle pad. After about a half hour, the pedal looked almost like new. Well, not new, but an old pedal that has been well taken care of.
I was able to resell this pedal on craigslist very quickly for a tidy profit. I probably could have gotten a bit more on eBay, but not having to pay fees or pack and ship the pedal was worth it. A bird in hand . . .
A few takeaways from this one:
For more Morley maintenance and repair tips, as well as a brief history of Tel-Ray/Morley, check out this site: http://www.wingspreadrecords.com/morley_maintenance.html. Warning: All text on that site is centered and occasionally red on a gray background. I had a bit of a headache by the time I was done reading it. However, I love the guy’s passion. People like that make the Internet a better place. 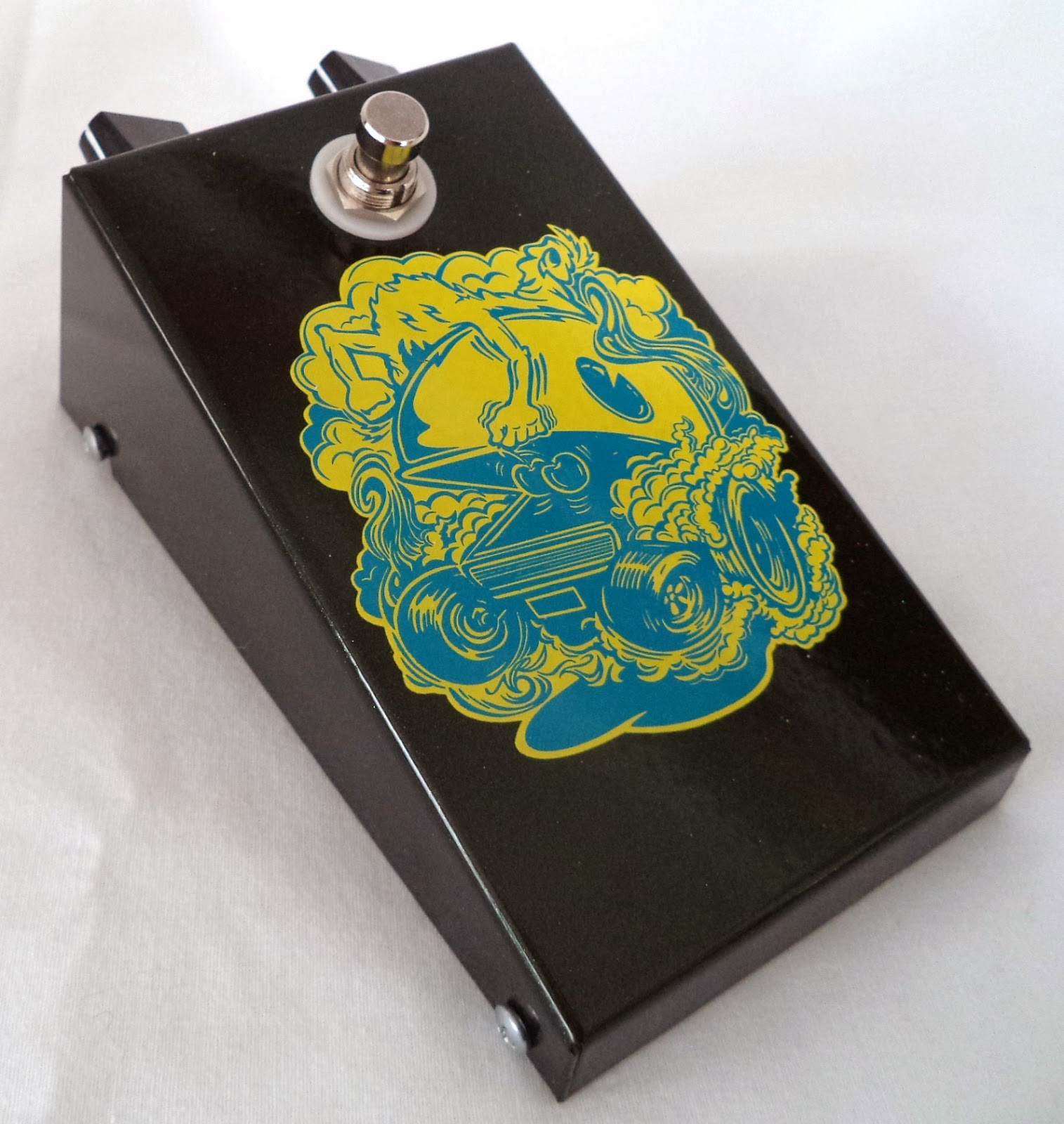 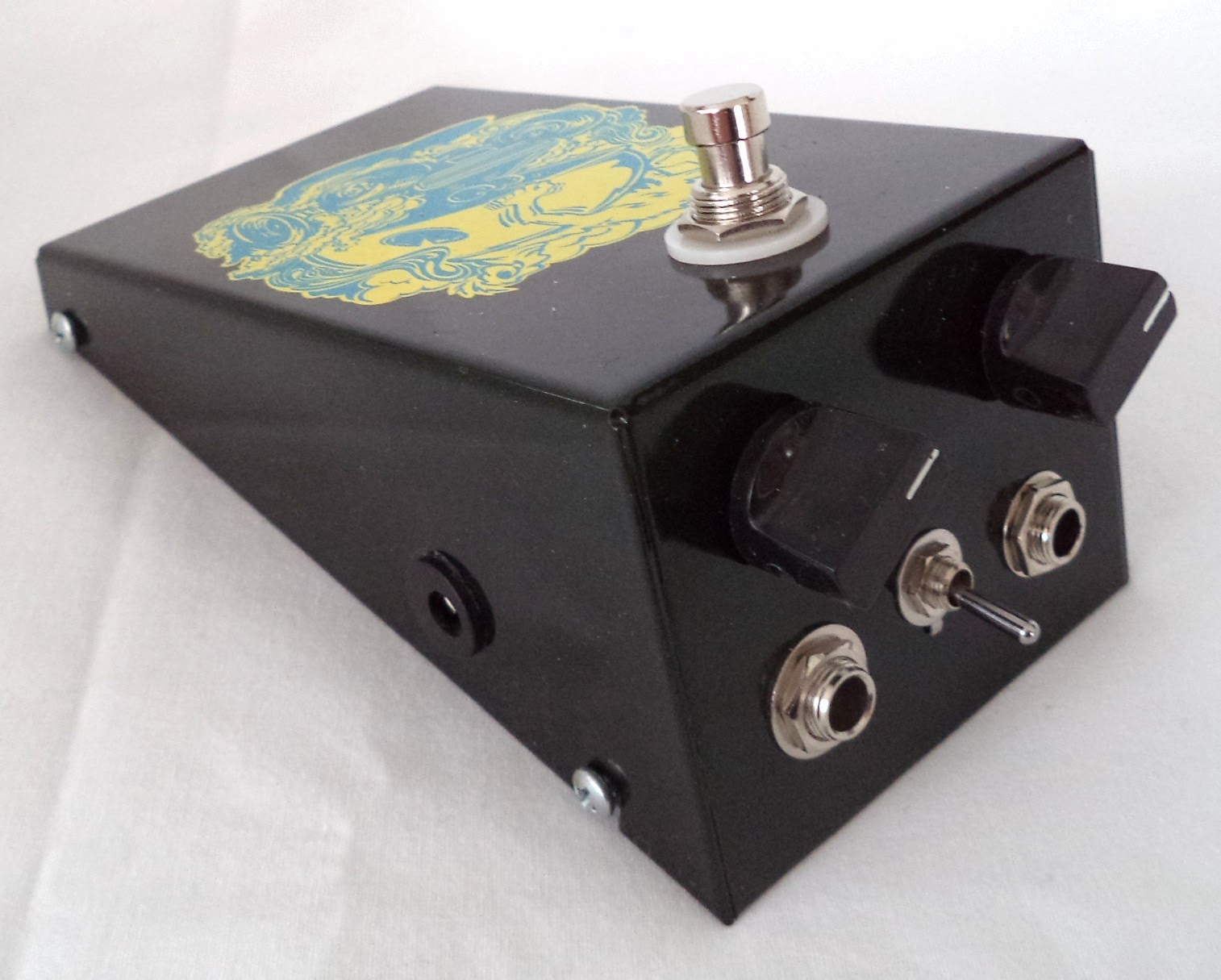 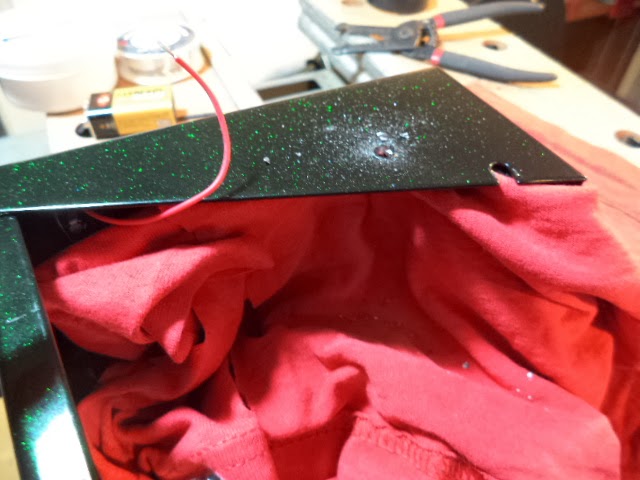 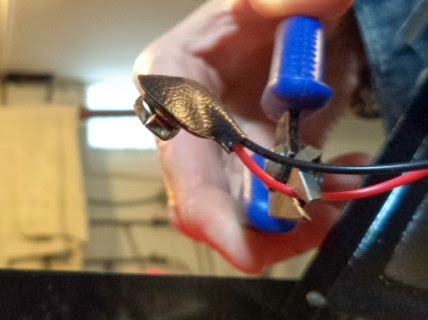 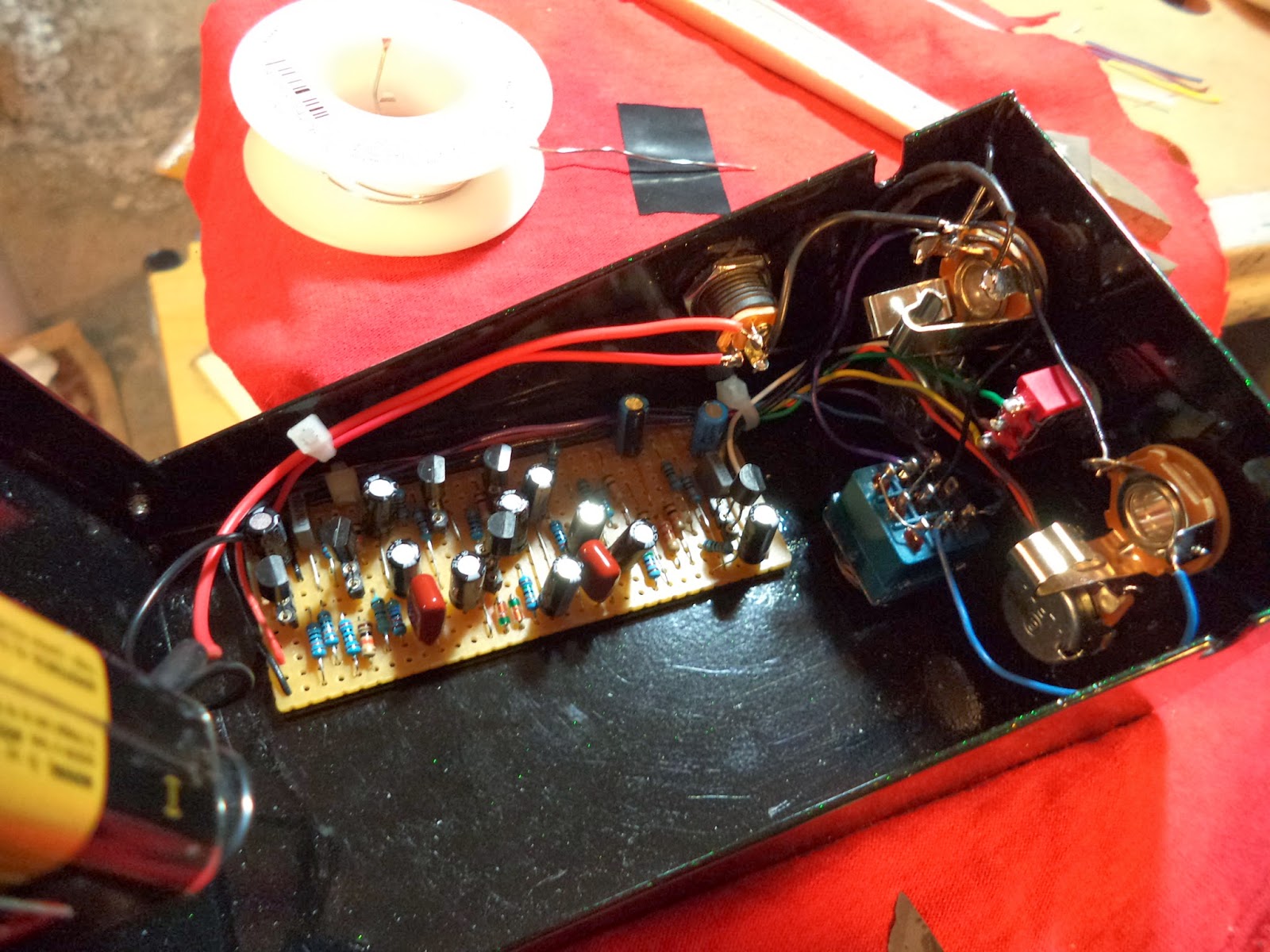 AMZ Mini-Booster in an Old Clock

I recently built a version of the AMZ Mini-Booster based on the vero board layout on Guitar FX Layouts (best blog ever, and quite possibly the reason the Internet was invented).

It looked like a very quick build (I was determined to finish it in one go), and I had most of the parts on hand, but I did not have a small enclosure. However, I did have an old digital clock that stopped working, and I had set it by my workbench intending to take a look at it sometime. It wasn't the perfect size, but it was on hand and it had a battery compartment.

I removed all of the clock's innards and glued in place all of the buttons (snooze, hour, minute, etc.) that had been held in place by those innards. My super glue was hardened and useless, so I used Gorilla Glue, which expands when it dries, hence the mess.

I drilled two holes in the back for input and output, two on top for the switch and level knob and wired them all to the little vero board held in place by stiff wires coming from the pot. I put the battery in, and it was ready to go.

Sounded good (see video demo below), and I ended up selling it on ebay for $30. The enclosure is pretty sturdy—fine for home, but I doubt it would last long at all under regular stage use.

If I were to do a similar project again, I would drill another hole in the top for the LED. I was trying to be clever and have it shine out through the display lens, but the LED wasn't in a great location and the red plastic is darker than I thought.

Posted by smrbates at 7:50 AM No comments:

Last year, I repaired a 1976 Morley Pro Flanger (PFL) pedal, doubling its value in the process.
It ended up being a simple fix, so I thought I'd share my brief repair notes. 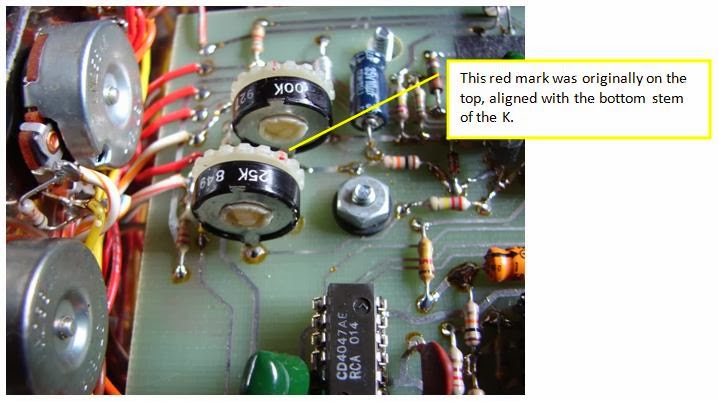 Pedal worked fine in foot and auto modes after that.


For those that are not familiar with Morley, this pedal works by way of a black fabric at the far end that covers and uncovers a photoresistor as the pedal is moved forward and backward. 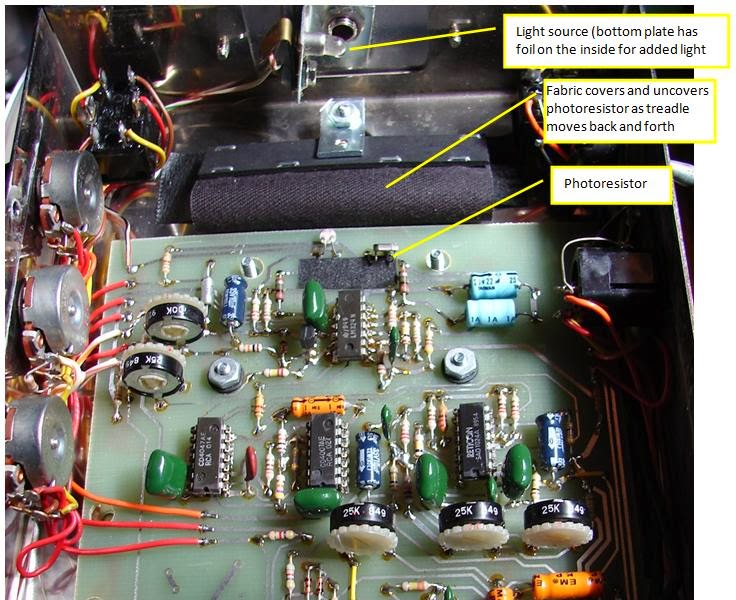